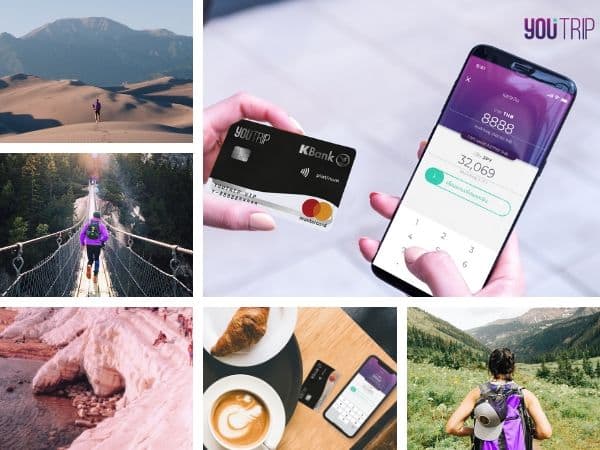 How do you pay overseas? With bank cards, you pay the hefty transaction fees. With money changers, you take the trouble to commute and hold on to cash.

YouTrip aims to solve the overseas spending dilemma by enabling travellers to pay overseas with no fees in over 150 currencies. It was founded by Caecilia Chu, a Harvard graduate along with Arthur Mak, both of whom are avid travellers. The company is a fintech startup and Singapore’s first multi-currency travel wallet with a prepaid Mastercard.

As with any challenger brand – and more specifically, a startup, YouTrip was looking to introduce itself to consumers, build trust, increase users – and attract strategic financial services partners, monetary regulators and investors.

PRecious faced the challenge of enhancing awareness and drive competitive differentiation for YouTrip as the best option for travellers. This was a challenge particularly within a crowded travel and fintech space, with consumers deciding between several e-payment and mobile wallet brands such as Revolut, TransferWise, InstaRem / Nium, BigPay, GrabPay, PayLah!, as well as other alternatives such as money changers, and travel credit cards issued by traditional banks.

PRecious’ challenge was no easy feat: we were to:

Getting YouTrip to where it is today required several different tactics, mainly building up a rapport with tier-1 media through coffee chats and interviews, as well as giving select media an embargoed information about an upcoming announcement before the news officially broke. Although coffee chats would not always directly result in coverage, this was an excellent way for CEO Caecilia Chu and YouTrip to build initial relationships with various media outlets. It positioned YouTrip to become the go-to source to make expert comments within the industry or to offer opinions for a particular story.

Another tactic was to not pigeonhole YouTrip into just being ‘a startup’, or ‘just another fintech player’. This was done by slicing the YouTrip story in several ways. We positioned the company not only as a startup and fintech but also one that could comment on the changing travel payments landscape. They could provide insights on how the company will fare when more prominent players come to the Southeast Asian market, or how payments and remittance could look like in future.

Utilising an always-on approach meant monitoring news that YouTrip would be able to capitalise and speak about. Rolling out announcements and stories consistently helped YouTrip to remain top of mind for media. In addition to this, profile stories on Caecilia Chu as a CEO, Co-Founder, Mother, and Woman in Tech, also helped to boost her corporate profile, and show audiences why it was essential to start YouTrip. The profiles highlighted her ambition and vision of YouTrip’s business roadmap in the years to come.

Then, PRecious announced that YouTrip secured a principal license from Mastercard so that it can issue its cards. In November 2019, PRecious supported YouTrip’s expansion into Thailand and partnership with Karsikornbank. Aside from business announcements, PRecious also released YouTrip’s Overseas Spending Study, looking at travel payments habits of over 100,000 YouTrip travellers. 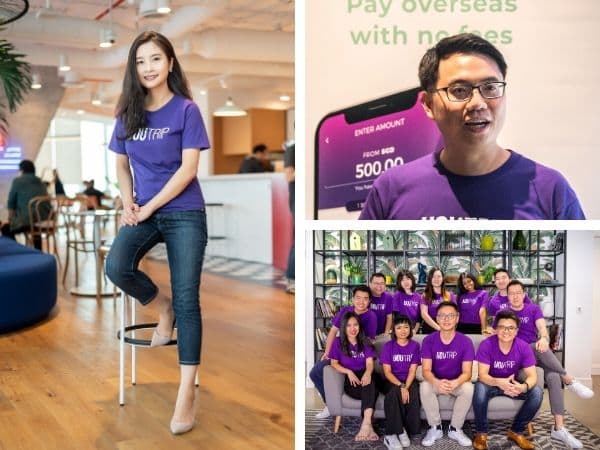 Before the official announcement went live on Thursday, 16 May, at 9 am, PRecious sent out an embargoed press release to tier 1 media in both Singapore and Hong Kong. It gave key media the opportunity to have an interview with Caecilia Chu, Co-Founder and CEO of YouTrip, and Arthur Mak, Chairman and Co-Founder of YouTrip.

The embargoed press release also served as a way to interest media to attend the two media roundtables, which was held in Singapore on Tuesday, 14 May, and in Hong Kong the day after, on Wednesday, 15 May.

PRecious also secured additional media opportunities for YouTrip’s leadership team beyond the initial press release outreach, including a speaking opportunity, a coffee chat, as well as an editorial contribution in a magazine about the future of the fintech industry.

Although not as significant an announcement as YouTrip’s record pre-series A fundraise, PRecious focused on how YouTrip was the first non-bank or multi-currency wallet company to be given the direct issuer license by Mastercard in Singapore. It made for a holistic business momentum story, showcasing how YouTrip has grown its number of downloads from 200,000 to 400,000 in just five months after the company’s pre-Series A round.

Expansion into Thailand and Partnership with Karsikornbank

Ahead of YouTrip’s official announcement that it was launching in Thailand, PRecious starting informing select tier 1 media that YouTrip will be making a big business announcement in the upcoming weeks, to pique their interest. Then, when the go-live date of 5 November 2019 arrived, PRecious sent the announcement to those same tier 1 media as a priority to let them get the first scoop and interviews with Caecilia Chu, YouTrip’s Co-Founder and CEO. PRecious then followed up consistently after the announcement with various media outlets, especially since this expansion announcement was made leading up to Singapore Fintech Festival (SFF) and Singapore Week of Innovation and TeCHnology (SWITCH).

Being a more lifestyle-geared announcement with a longer lead time, PRecious began soft-sounding media that YouTrip was preparing a 2019 Overseas Spending Study, based on spending data from over 100,000 travellers who use the YouTrip card, in the span of a year (September 2018 – September 2019). The announcement was released in early December, to coincide with when travel media would begin collecting data and write about 2019 trends and 2020 predictions.

Due to increased brand visibility and trust, YouTrip has gone from:

PRecious secured a total of 146 pieces of coverage, as of 27 Jan 2020, obtained by working with its network of media contacts across Singapore, Hong Kong, Thailand, and the Asia Pacific. Coverage from the various media activities was featured on both online and print media across relevant dailies, business, finance, technology, travel, and trade publications.

Success for the two most significant announcements are detailed below:

As of 10 June 2019, PRecious secured a total of 82 pieces of coverage. A total of 12 attendees representing ten media outlets attended the respective media briefings in Hong Kong and Singapore.

As of 31 May, organic coverage has been secured in Singapore, Hong Kong, and around the region, including in tier 1 publications such as TechCrunch, The Business Times, The Straits Times, Tech In Asia, Hong Kong Economic Journal, Hong Kong Economic Times, Sing Pao Daily News and Sing Tao Daily.

PRecious secured 42 pieces of coverage around YouTrip’s expansion announcement, including tier 1 regional media such as Bloomberg, South China Morning Post, Tech in Asia, DealStreet Asia, Yahoo Finance. The announcement was also covered in local dailies such as The Business Times, The Straits Times, The Nation Thailand, The Star Online, The Jakarta Post, and Singapore Business Review.

This partnership announcement also resulted in an interview with South China Morning Post (SCMP), which once published made YouTrip the first and only one among its biggest competitors (TransferWise, InstaRem / Nium, Revolut) to have a full article around the company featured in the regional publication.

All the PR activities mentioned above provided YouTrip with the opportunity to increase their brand visibility, generate buzz around YouTrip’s product, as well as position them as a disruptor in the currency conversion space, and the first-mover in Singapore to create a multi-currency mobile wallet-and a longer-term play as a challenger bank.

Ethics as the Voice of PR: Championing Truth and Transparency Over Embellishments 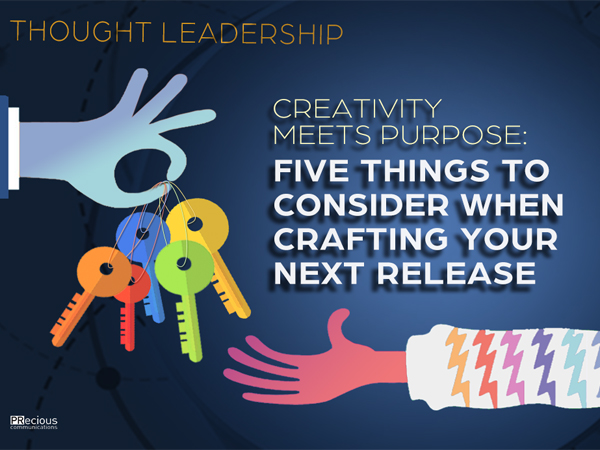 Creativity Meets Purpose: Five Things to Consider When Crafting Your Next Release 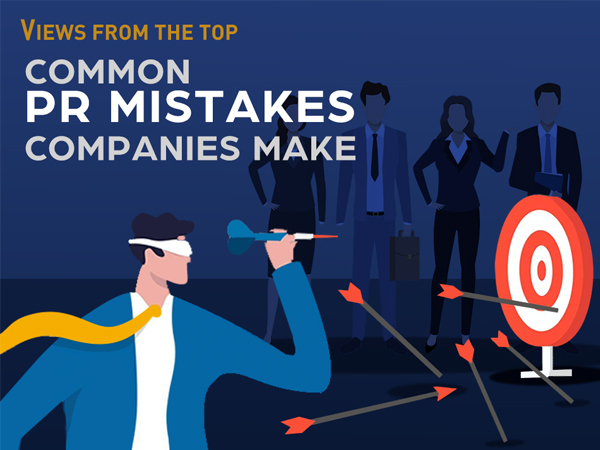 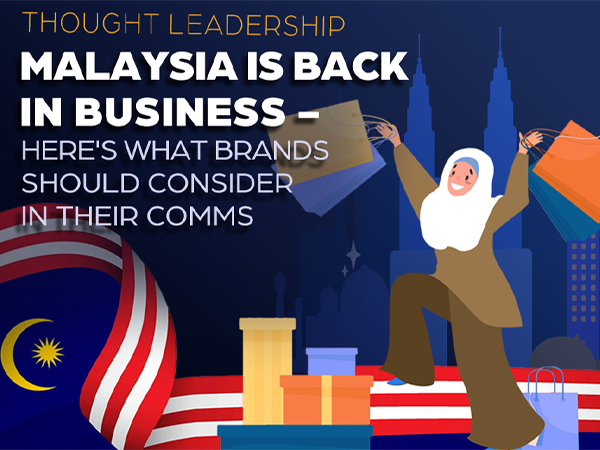