Malaysia, COVID-19 and the New Normal 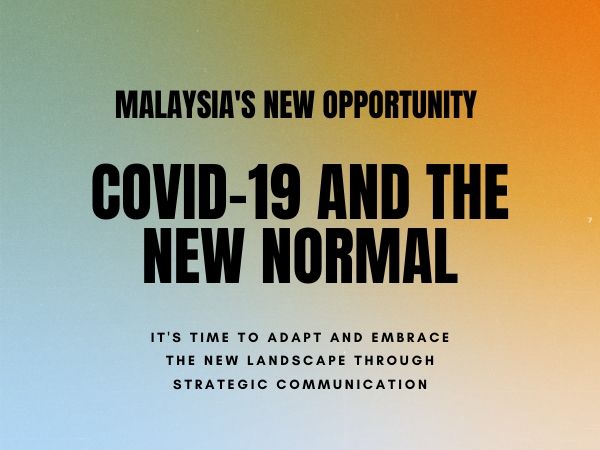 For Malaysia, there has never been a more important time to stand out from the crowd. A ‘new normal’ is emerging, and PRecious Communications can help businesses across the region adapt and embrace the new landscape through strategic communication.

It’s been almost a decade since my career in public relations took an unusual turn to include what was then the almost unknown craft of ‘crisis communications.’ In those days there was usually one type of enquiry: ‘we have a crisis; what do we do now?’ Today, after a decade that has seen Malaysia front and centre of some of the world’s most infamous crises, more often than not, the call is how to prepare businesses and their leaders in the event of a crisis. Caution has replaced risk; preparedness has replaced inertia.

Then in 2020 came a crisis that has eclipsed all those that went before, an invisible enemy that doesn’t discriminate nor understand borders; a quintessential crisis of its age, exposing shortcomings in the public and private sectors the world over. A crisis that has seen the fragility of supranational organisations like the World Health Organisation, European Union and United Nations give rise to that most ancient of power vexes – the nation-state. The countries of the world have all taken their own direction, uninfluenced by their neighbours and often acting in contrast to medical advice from the world’s leading scientific brains.  But this crisis couldn’t have been contained by training spokespeople, a crisis manual or simulation training. Like Spanish Influenza and the Bubonic Plague that went before it, COVID-19 has impacted on who we are, what’s important to us and how to continue to operate as a business. To coin a phrase, it really is a game-changer and life as we know it – and business as we know it – will never be quite the same again.

With so many complexities, COVID-19’s invasion into Malaysia has left the one-dimensional marketing mediums like advertising wanting. Public relations, with its broad church of services, is proving to be better value for money and more impactful allowing companies to cost-effectively communicate with their most important stakeholders: commonly, their customers, shareholders, vendors and employees. Social media coupled with a traditional media landscape – that continues to function unphased having long since found ways to save money and adapt to changing market conditions – have worked in tandem with the government to provide the Malaysian public and its businesses with the latest information, uncensored.

Survival Is the Buzz Word

But, it’s about more than that. Costs and cashflow are essential factors for business survival. Businesses in Malaysia have already voiced their concerns on the impact on their cash flow in complying with the Movement Control Order (MCO) implemented by the Malaysian Government in March. According to a recent survey, around 33.3% of SMEs stated they only have enough cash flow for March, while 37.8% can only sustain up to April. The recently announced stimulus packages designed to help businesses, combined with a bespoke communications campaign are the two most important ways to maintain cash flow and communicate effectively with stakeholders, shooing up business confidence.

It’s important to realise that this is much more than just another turn of the business cycle, it’s a shakeup of the world economic order, and Malaysia is far from immune. It is evident that we are staring at more permanent, structural changes in the way we live, work and play.

Transitioning from a health emergency to a financial crisis with a new modus operandi for working, a new importance for strong public relations will be an inevitable outcome. A ‘new normal’ is emerging, and PRecious Communications stands ready to help businesses across the region adapt and embrace the new landscape.

Working remotely, employees risk losing their sense of connectivity and team, not to mention opportunities for humour and lighter conversations. But social distancing doesn’t have to mean a social disconnect, and Malaysians have embraced the new normal in a way I think only a young country can with it’s dynamic and upwardly mobile workforce, adoption of new technologies to stay connected and its SME-dominated economy are all evidence of Malaysia’s ability to adapt, change and flourish for more effectively than mature democracies and economies, such as that of Spain, Italy, the United Kingdom and the United States.

As Malaysia takes a lead in setting up the new normal, PR firms sufficiently nimble to adapt and understand their clients’ needs will leapfrog their marketing competitors helping to ensure their clients’ continued security, productivity and staff motivation during times of remote work and within the post-COVID-19 economy.

What’s going to set companies apart in Malaysia won’t be their size or savings, but their dexterity and adaptability to embrace new working conditions, communicate effectively from anywhere at any time and understand that COVID-19 isn’t the first and won’t be the last such challenge for people and businesses. For Malaysia, as a rapidly developing economy forging an identity of its own, there has never been a more important time to stand out from the crowd and help write the script for what will be named for a generation, ‘the new normal.’ 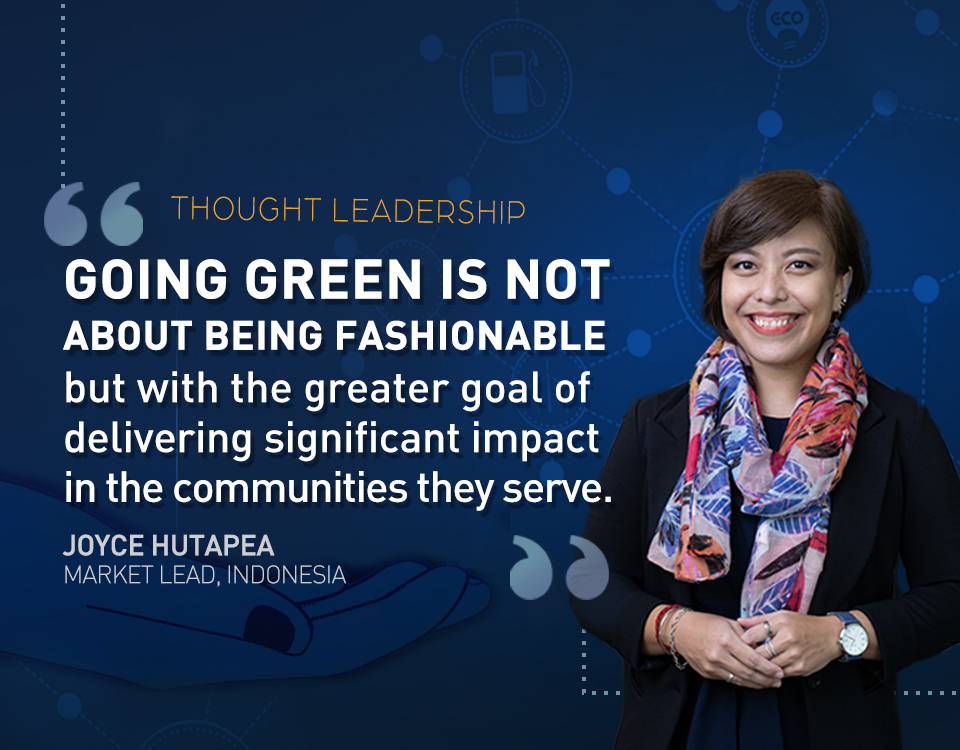 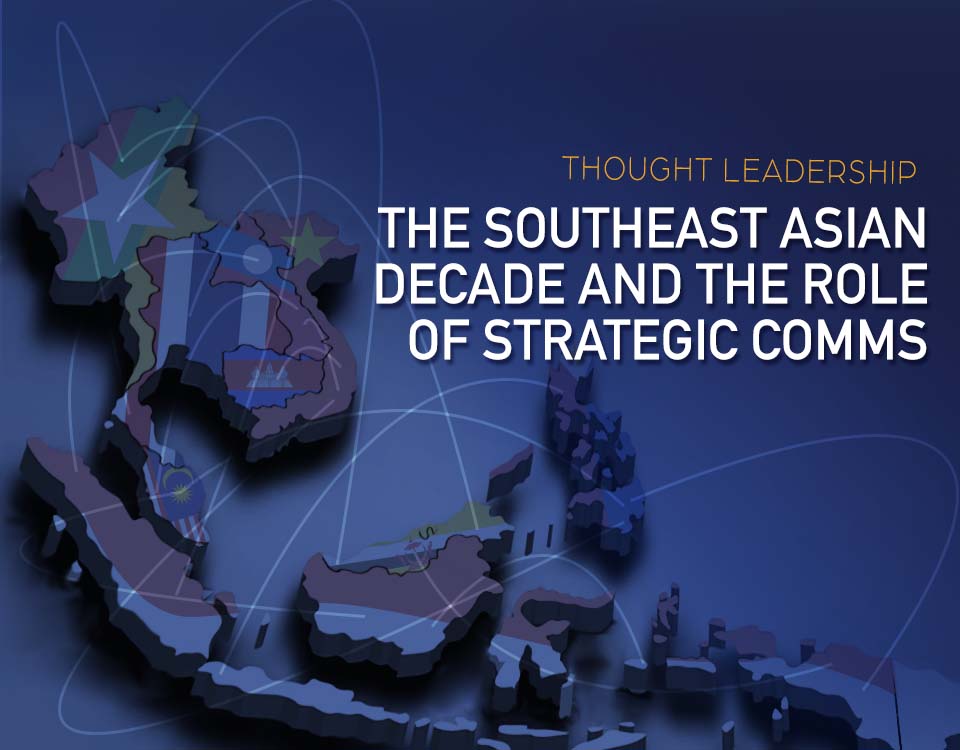 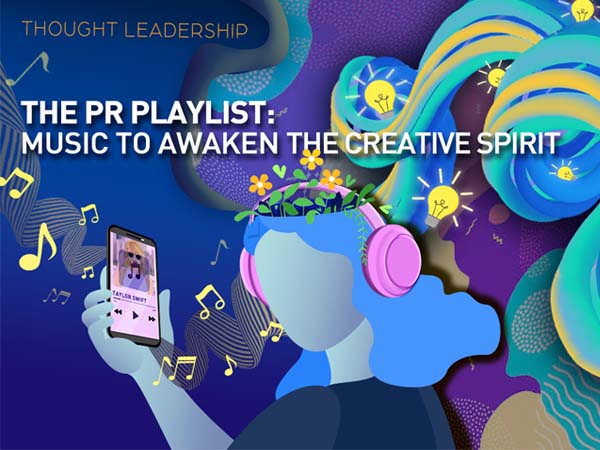 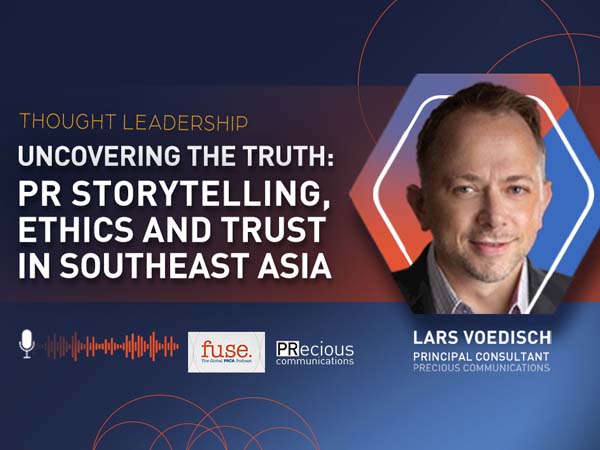